Bitcoin enthusiasts value the cryptocurrency as something beyond the reach of any government. Yet up to three-quarters of the world’s supply has been produced in a single country, China, where a government push to cut production is now causing global bitcoin turmoil.

The amount of electricity needed to power a large number of computers used to create new bitcoins is at odds with China’s recent climate goals. The government, which manages its national currency with a heavy hand, also disapproves of cryptocurrency in general. The legal exchange of bitcoins has not been allowed for years in China, even as the nation’s entrepreneurs emerged as the dominant source of its production.

Few governments have adopted bitcoin, but the fallout from Beijing’s threats demonstrated how its control over production left the cryptocurrency vulnerable.

The 24/7 number processing required to create, or “mine,” bitcoin relies on an extensive supply of electricity and cheap equipment, some of the same elements that China harnessed to become the manufacturing center of the world.

In their hunger for market share, China’s bitcoin miners took advantage of an under-regulated and over-built electricity generation sector. They set up mining operations adjacent to hydroelectric power producers in the mountainous provinces of Sichuan and Yunnan, where turbines churn snowmelt and seasonal downpours into electricity. When the flow of the rivers slowed each winter, the miners packed up their computers and headed north to coal-rich Xinjiang and Inner Mongolia.

Mining operations in China, sometimes tens of thousands of computers wired together to solve complex computational puzzles, are crammed with electricity. Only the bitcoin industry is on track to rank among China’s top 10 energy users, alongside sectors such as steelmaking and cement production, according to a peer-reviewed paper published in April by Britain’s Nature Communications. That would make China’s bitcoin producers bigger energy consumers than the entire nation of Italy.

That voracious appetite has put bitcoin mining in conflict with Beijing’s political priorities. President Xi Jinping is determined to recast China as a climate champion and has set ambitious goals to reduce coal use. Beijing is also on the verge of launching a national digital currency, controlled by the central bank and designed to counter cryptocurrencies.

Chinese bitcoin production is reminiscent of the nation’s dominance in other high-tech realms, from the production of rare earth mineral materials to video surveillance equipment, with one main difference: Beijing’s distrust of cryptocurrencies.

On May 21, the Chinese government promised to “crack down on the behavior of mining and trading bitcoins,” a statement widely interpreted as a warning that the days of the multi-billion dollar cryptocurrency supply chain are numbered.

In response, electricity producers are pushing miners off the grids and Chinese distributors are unloading computers designed to create bitcoins on the second-hand market at deep discounts.

None of this means that the world will run out of bitcoin. Instead, mining is likely to slow down in China and accelerate elsewhere. Miners from other nations had already reduced the dominance of China’s production in the last 18 months or so, according to figures from the University of Cambridge, which estimated that the U.S. share has been growing and accounted for about 7% of the year. last year.

But even amid some industry expectations that the U.S. share could expand to perhaps 40% in the next few years, the bitcoin community had believed that China would retain nearly half of the mining industry.

“In China, it has always been thought that the government will crack down,” said Nishant Sharma, founding partner of Beijing advisory firm BlocksBridge Consulting Ltd.

Concerns over the disruption of China’s turmoil have weighed on the price of bitcoin, along with news last month that Elon Musk’s automaker Tesla INC.

it had stopped accepting it as payment, also for environmental reasons.

The history of Bitcoin in China owes much to an earthquake that shook the southwestern province of Sichuan in 2013. Among the millions of donations that flowed to charities afterward, some stood out: gifts of bitcoin to a foundation by Jet Li, the star. of Chinese action.

The resulting buzz about bitcoin intrigued a Shanghai phone company worker, Jiang Zhuoer, who that winter bought two computers and began mining at home. His setup was quickly generating between $ 500 and $ 700 a month and it also heated his apartment, he recalled in an interview.

Also that year, a team of tech enthusiasts in Beijing began designing computers specifically to create new bitcoins. His company, Bitmain Technologies Ltd., used parameters published by the unidentified bitcoin architect, which one of them translated into Chinese.

Chinese regulators, punished by a pattern of financial mania and the collapses that inevitably followed, telegraphed anxiety. The government-controlled state news agency Xinhua called bitcoin “nothing more than privately manufactured money circulating on the Internet.”

Eight months after Jet Li’s donations, regulators torpedoed any idea that the trendy asset would be welcomed into China’s financial system. Led by the People’s Bank of China, Beijing has banned the country’s banks from handling cryptocurrencies.

Beijing tightened the screws again in 2017 by banning various uses of cryptocurrency, including online trading.

The Chinese authorities, however, did not establish a specific policy on bitcoin production, so enthusiasts kept mining away.

“In movies they are cleaner and more presentable,” said Mr Sharma of BlocksBridge. “In China they are not so clean and the cable jungle is worse.”

Because cryptocurrency mining involves solving increasingly difficult mathematical problems, each new unit of crypto requires more computing time and energy than ever mined before. That means that the first and most aggressive producers had a big advantage.

Revenue-hungry electricity producers promoted themselves as big data centers, like Sichuan’s Aer III hydroelectric station located on the Tibetan plateau, which in 2019 began hosting 1,750 bitcoin mining machines on its land. Miners sometimes stole electricity, including one who was convicted of diverting power lines to take $ 125,000 worth of electricity in half a year to power his more than 400 bitcoin machines. He was sentenced in 2019 to 11 and a half years in prison by a court in the northern province of Liaoning.

Some of China’s top winners focused on serving miners, a model followed in the mid-1800s by Levi Strauss.,

who got rich equipping the prospectors in the California gold rush.

Bitmain, for example, emerged as the world’s leading producer of mining computers by developing microchips optimized to handle the equations that create cryptocurrency. Shanghai’s wealth-tracking service Hurun Report has crowned three of Bitmain’s top shareholders billionaires, including 42-year-old Zhan Ketuan, with an estimated net worth of more than $ 15 billion.

The phone company worker turned miner, Mr. Jiang, is now the CEO of megaminer BTC.Top, a group of 400,000 machines. The 36-year-old says the latest directives from Beijing could herald a return to smaller-scale data centers and decentralized production, and is considering exporting some equipment to North America or Central Asia.

How could a shift towards the US for bitcoin mining affect US climate targets? Join the conversation below.

Industry advocates in the West say mining is losing its cowboy image and that momentum is shifting to nations with more predictable regulatory regimes, especially the U.S. The Internal Revenue Service has established cryptocurrency policies, the US banks are offering escrow services for bitcoin and utilities are inviting miners to natural gas-fired power plants in upstate New York and solar farms in Texas.

Beijing’s crackdown should improve the currency’s long-term prospects by reducing “fear, uncertainty and market doubt that China is mining all the bitcoin,” says Sue Ennis, head of corporate development at the cryptocurrency firm. Hut 8 Mining Corp, based in Toronto. China doesn’t see this as an opportunity to capture a bigger slice of the pie, ”he said, noting that his company is adding additional capacity to house any miners eager to leave China.

ordered 70,000 machines that it is installing on bitcoin farms in Hardin, Montana and Big Spring, Texas.

Until now, the mantra of bitcoin mining was: “what is the cost of production in China and what is the risk?” says Marathon CEO Fred Thiel. Now, with the crackdown underway, he says, the risk has become apparent.

—Liyan Qi and Elaine Yu contributed to this article.

Corrections and amplifications
Levi Strauss got rich outfitting gold diggers in the California Gold Rush in the mid-1800s. An earlier version of this article incorrectly referred to the period as the 1880s. (Corrected June 5) 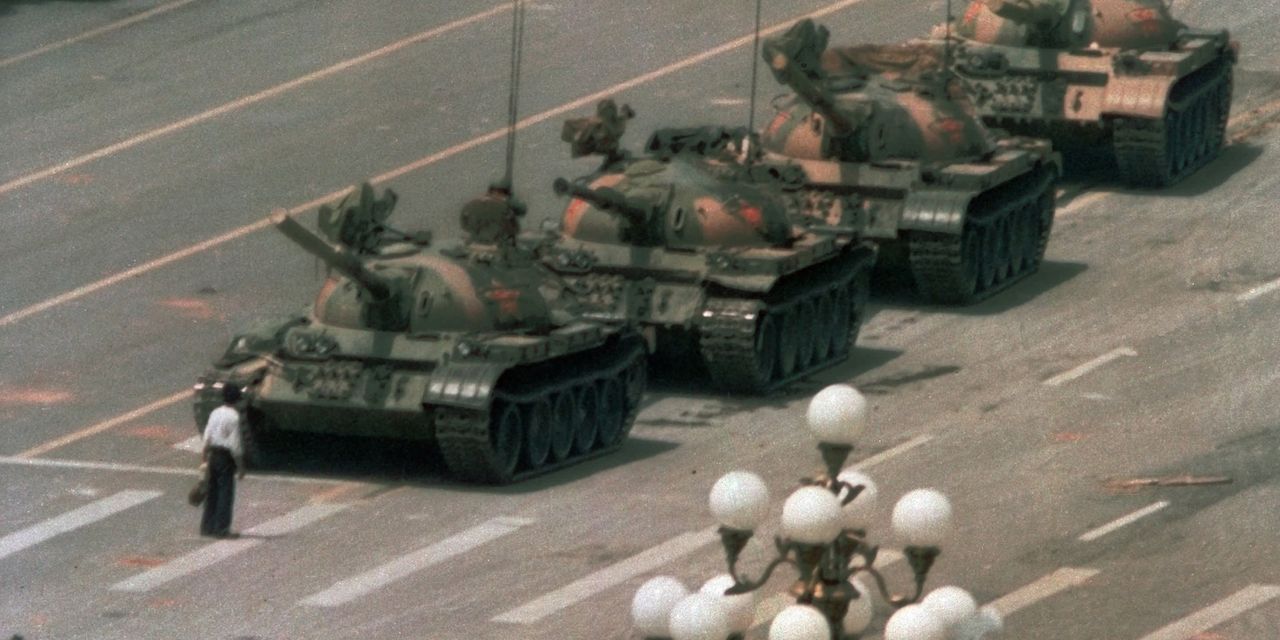